Everything will be perfect

Convento do Espinheiro has at your disposal all the necessary services to ensure that your wedding runs as smoothly as possible: 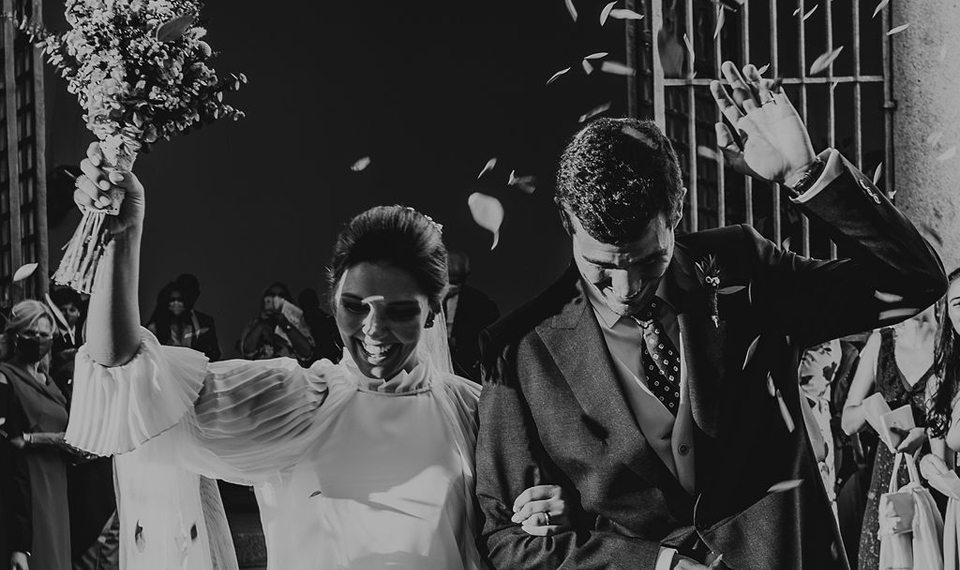 With 1200m2, the 14th century Santa Maria do Espinheiro Church is the ideal place for y... 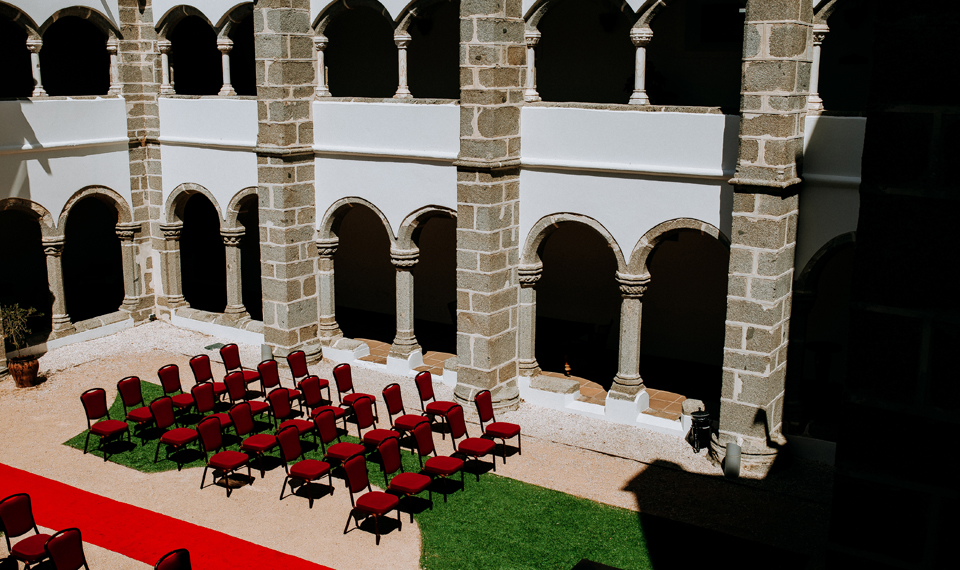 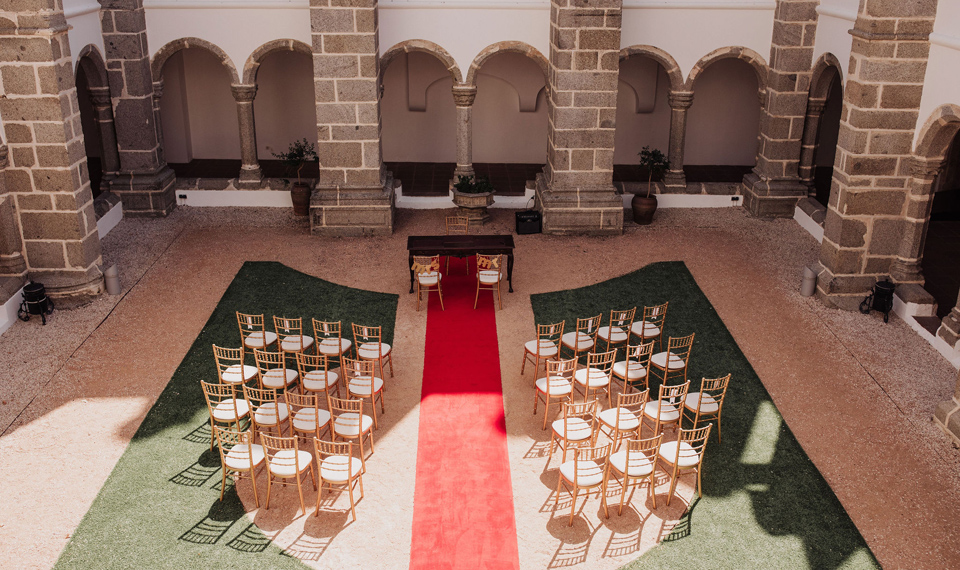 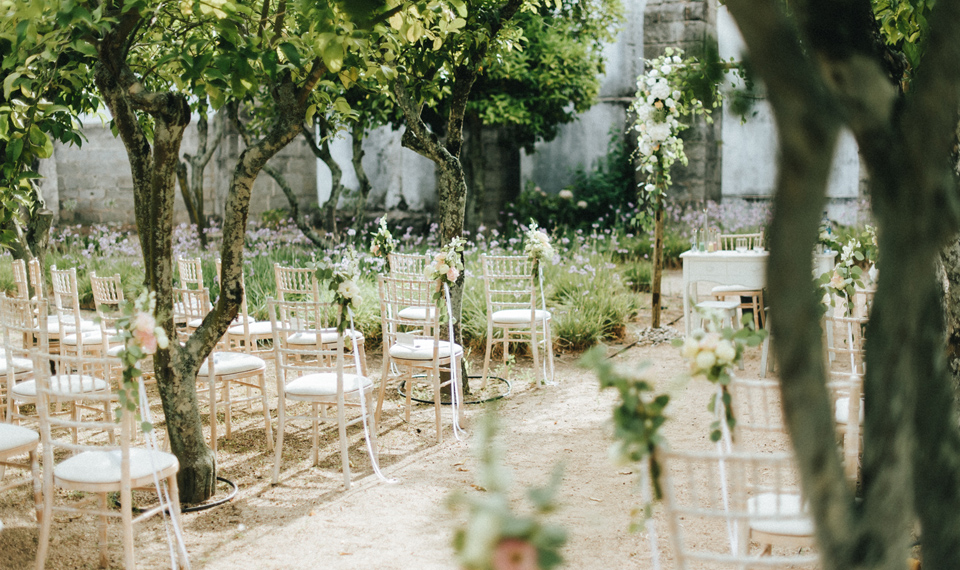 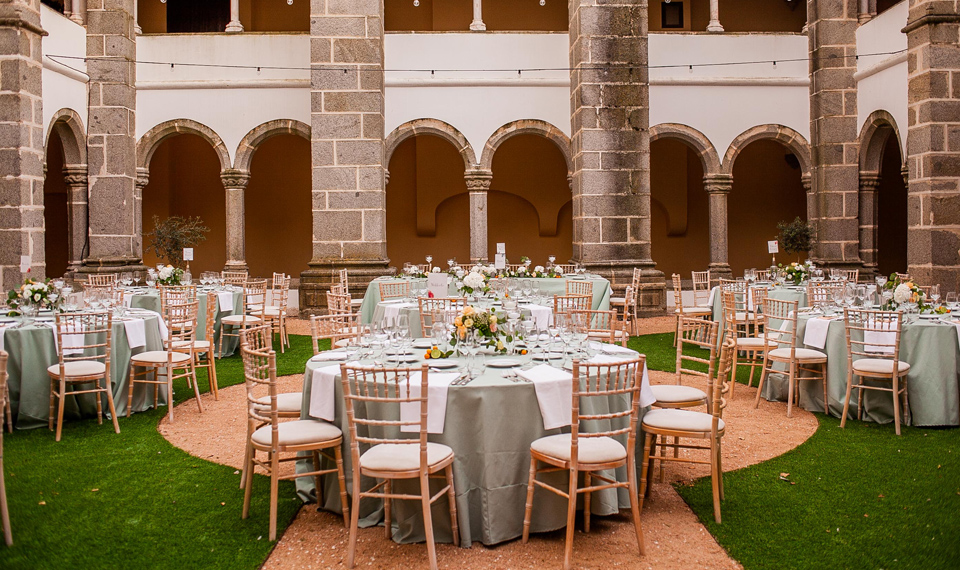 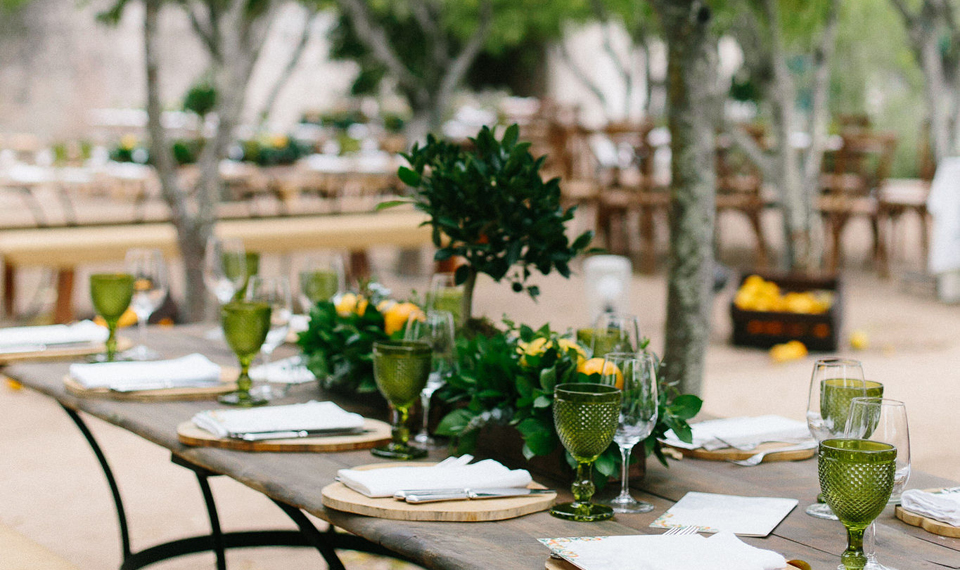 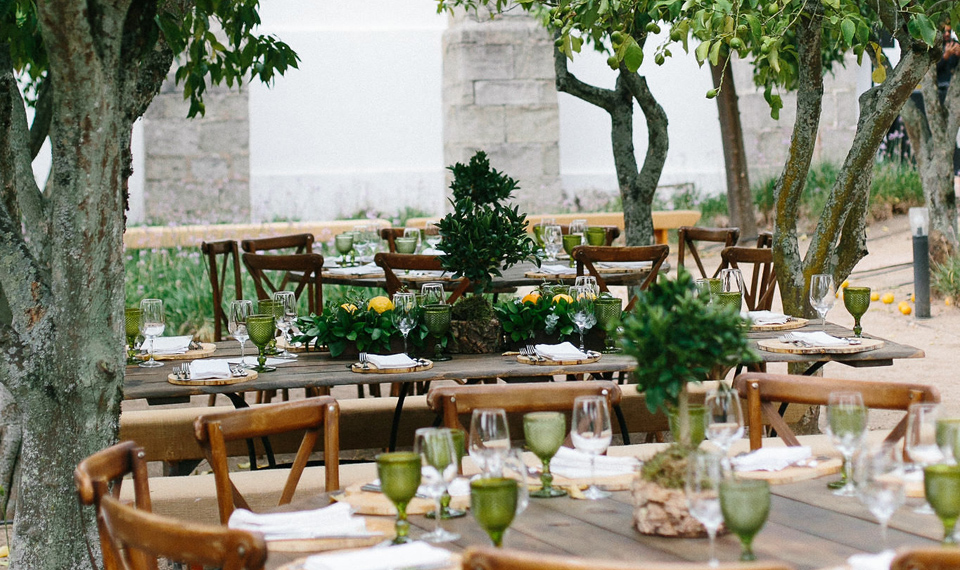 The emblematic Manueline Cloister is today the ideal stage for a civil ceremony. Intend... 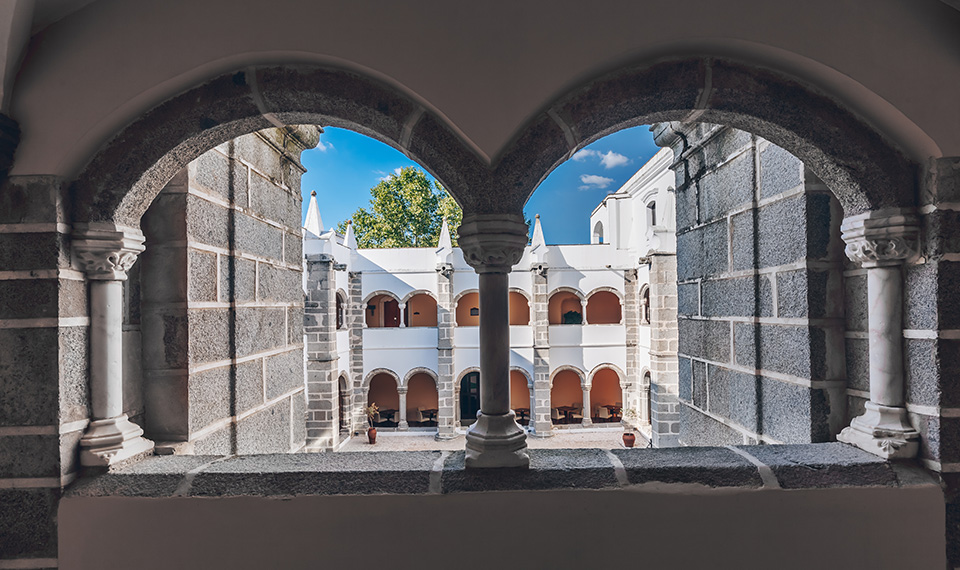 The Manueline cloisters, the D. Sebastião square or our gardens are an asset for the c...

Our Chef interprets Alentejo cuisine with great passion. Taking as its starting point the original recipes of this gastronomy and treating each delicacy as unique.

Embark on a unique culinary journey and taste the traditional flavors of the local cuisine, which blend harmoniously with Mediterranean cuisine.

Get to Know Our Menus 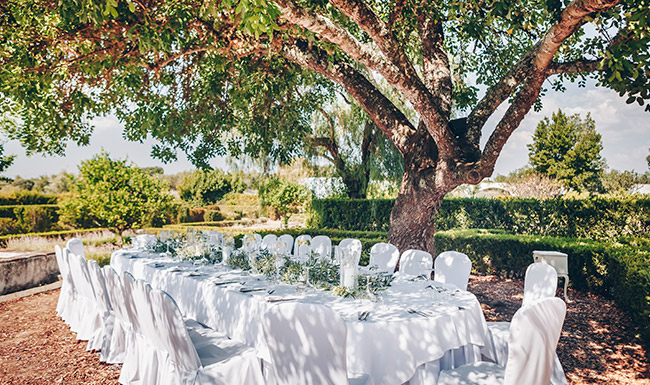 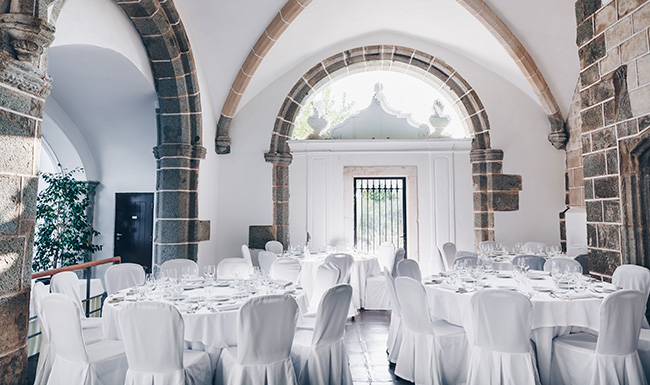 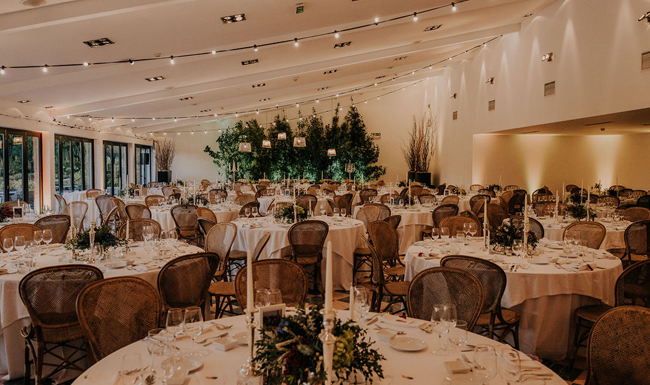 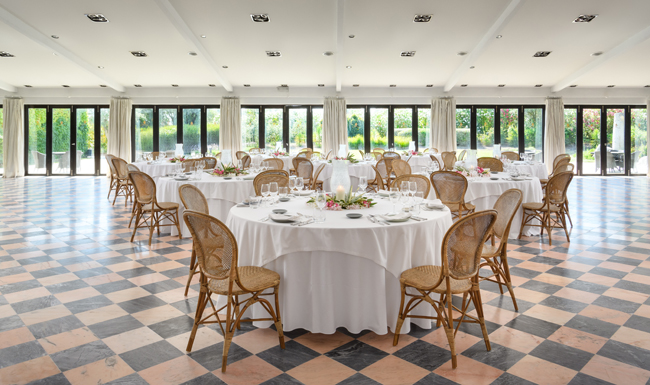 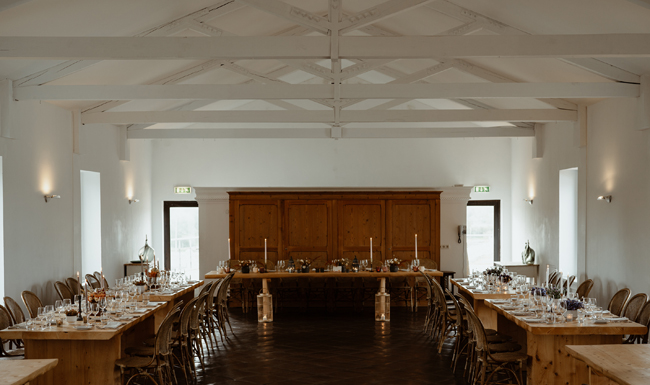 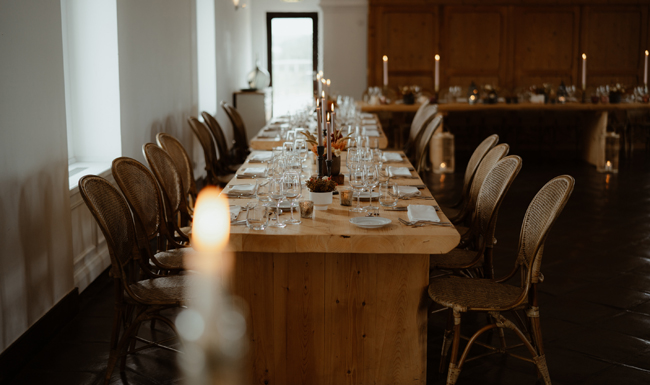 When holding the wedding at Convento do Espinheiro, Historic Hotel & SPA we offer*:

Start a collection of unique experiences with:

(*) Offer valid for events with a minimum of 120 participants.

With 1200m2, the 14th century Santa Maria do Espinheiro Church is the ideal place for your religious ceremony.

The origins of the Convento do Espinheiro are connected to a legend that tells of an apparition of the Virgin Mary above a thornbush (= espinheiro) around the year 1400. In 1412, an oratory was built in honour of Our Lady and finally in 1458, during the reign of King Afonso V, due to increasing pilgrimage, Bishop D. Vasco de Perdigão ordered the building of a church and convent which was settled by monks of the Order of St. Jerónimo.

During the 15th and 16th century, this convent was frequently visited by the Portuguese monarchs who, as a result of an enormous devotion to the Virgin, granted the convent countless valuable gifts. King Afonso V, for example, when leaving for the East Coast of Africa, made a promise to Our Lady of Espinheiro to help him in battle. As a result of his victory, he made Her an offer of a silver statue which represented himself on horse-back.

Whilst making a general appreciation of the presence of the Convento do Espinheiro in the history of Portugal, one can say, not without a touch of emotion, that these stones that contemplate us today in the solitude of the plains were once witness to the passage of many illustrious figures. Kings, queens, great men and great ladies of the court, due to their devotion and generosity, contributed to the magnificence of this convent which will always be indissolubly connected to the life of the Court.

The emblematic Manueline Cloister is today the ideal stage for a civil ceremony. Intended primarily for the isolation of the monastic community, it was a pleasant and serene place that allowed the prayer, meditation and recreation of the monks of the order of St. Jerome.

The Orange Garden is a place that brings together the perfect symbiosis between nature and the ecclesiastical. In our “Laranjal”, you can enjoy sensory experiences in a more reserved place.

The Manueline cloisters, the D. Sebastião square or our gardens are an asset for the couple to fraternize with the guests during the cocktail, are the perfect stage for such an important event.

Convento do Espinheiro Hotel & Spa is at your disposal to answer all your questions. To do this, simply fill out this form or contact us through the information provided on the Contacts page.
+351 962 098 149

Do you reside in Brazil? Book here!